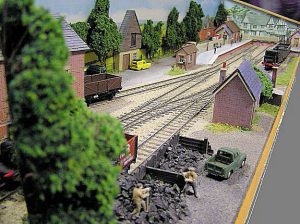 Reedham End was built by the late Tony Burrow of the Princes Risborough and District MRC. From whose estate it was purchased jointly by a small group of members from the Watford MRC. I bought it from them in October 2012. The layout had been on the exhibition circuit by them for some-time and it had been retired.

I revived the tired scenery and with the help of a friend introduced static grass and other scenic improvements and it’s now back up and running again. I would like to thank the members of the Beaconsfield MRC who helped me bring back this fine layout back to its former glory. 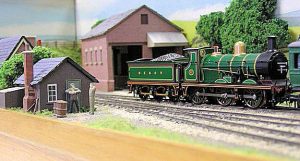 Despite its small size – the visible section is 4ft 3in long – and apparent simplicity – Reedham End is capable of maintaining the operator’s interest for long periods. The short sidings and run round loop can make traps for the unwary shunter, and it demonstrates that a layout does not have to be large to be stimulating.

Points are operated by homemade wooden sliders and there are no separate electrical switches. Reedham End is a purely fictitious location and the stock as originally supplied was Great Western, but as my interests lay elsewhere and the buildings are not obviously GWR the layout currently has either a British Railways 1950’s era Somerset and Dorset line or Southern Region bias.

The layout is operated today using analogue control but may in the future be converted to run as either traditional DC or DCC control. 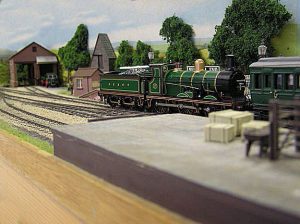 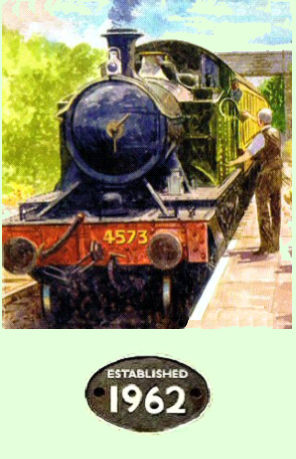 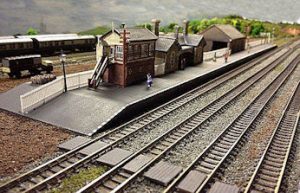 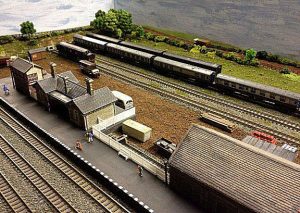 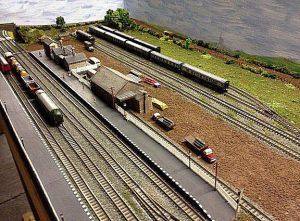 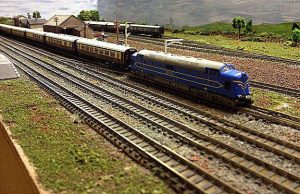 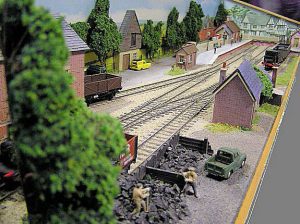 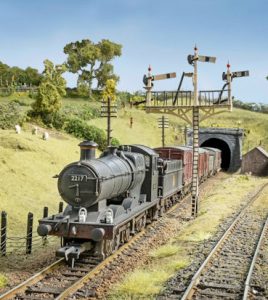